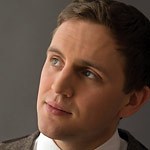 Paweł Miczka was born in Katowice into a family of musicians: his parents were oboists of the Polish National Radio Symphony Orchestra. Having finished his basic education in Poland, he studied in the Hochschule für Musik und Theater in Leipzig (Germany) with professor Roland Baldini. Thanks to his teacher, Paweł discovered the historical performance practice and started to study baroque violin with professor Susanne Scholz. Still in Leipzig, Paweł felt a vocation to teach music. He attended a music pedagogy course and worked as a music teacher in Halle. After that, he studied early music performance in the Conservatory of The Hague with professor Enrico Gatti.

Having obtained his diploma in The Netherlands, Paweł started doctoral studies in the Karol Szymanowski Academy of Music in his hometown, Katowice. In 2020 Paweł achieved Doctorate degree of musical arts. His doctoral thesis about historical approach to classical viennese chamber music was written under the guidance of dr hab. Arkadiusz Kubica.

Since 2021 Paweł teaches in the Karol Lipiński Academy of Music in Wrocław.

The art of improvisation plays a significant role in Paweł’s artistic activity. Already during his studies in Leipzig, he had the chance to work on his improvisational skills with Tilo Augusten. Thanks to the ability of combining them with various musical styles Paweł is interested in, he participated in a large number of performances of baroque and contemporary music, as well as jazz and folk. As a result of that, he founded the ensemble Mitomani with a group of students of The Hague’s Royal Conservatory.

He had published articles in the Ruch Muzyczny and Meakultura.

Paweł is a chairman of the foundation – Fundacja Konsek Kultury and supervisor of music venue in Silesia – Scena za szybą.

He owns three violins: an anonymus italian instrument from the 18th century and two contemporary ones, built by Franco Simeoni from Treviso in 2010 and by Józef Świrek in 1977. 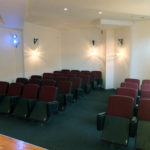 A few months ago together with our foundation (Fundacja Konsek Kultury) we got an amazing place to rent! It used to be bar, so the conditions, which we were dealing with were quite terrible. At the moment the place is almost ready! We got a chamber music hall (32 places), a practice room and a small recording studio. The place, called Scena za szybą (Stage behind a glass or a window) lays on Przedwiośnie street in Katowice-Burowiec. The opening will be held in May this year, but already now you can visit us on www.scenazaszyba.pl .